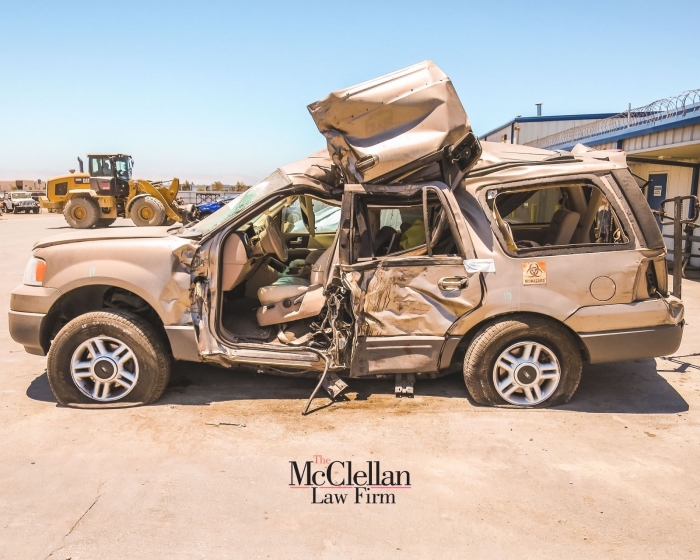 There is a world of chemical reactions just beneath the surface of our perception. One of these reactions is oxidation. It’s the reason metal rusts, fruit browns, and we’re told to eat our antioxidants. Oxidation is the aging of matter. It’s the gradual weakening of the forces that hold atoms together. The thing about oxidation is that it is not always apparent. Take the tires on your car for example. Tires start aging the moment they are made. The adhesive rubber holding the tread and steel belts together breaks down, dries out, and becomes brittle. Only, unlike orange rust or brown spots on a banana, the signs of oxidation within a tire cannot be easily seen.

Tire aging has been dubbed an “invisible killer” because of its role in countless tread separation crashes. Studies show that the risk of tread separation increases dramatically after 6 years, regardless of tread wear. Most people are unaware of this hidden hazard. Owner’s manuals contain warnings along the lines of: “Tires degrade over time, even when they are not being used. It is recommended that tires be replaced after six years.” But few people read the entire owner’s manual. Tire makers warn their distributors about tire aging, but provide no consumer warnings. Safety advocates have been asking tire makers to provide warnings for years, without success.

As consumers, it is essential that you replace your tires before they turn 6 years old. This includes any spare tires, even if they have never been used and look brand new. Tire makers don’t make it easy to check a tire’s age, because they don’t want customers passing over older stock for the freshest tires. You can find the year a tire was made by looking at the last two digits of the DOT number on the sidewall. For example, a DOT number with 4116 at the end means the tire was made in 2016. You should buy tires made within a year of the date you are purchasing them. There are numerous accounts of tire shops selling older tires that appear new.

You should know that tread separations often occur at high speed and can cause loss of vehicle control. In a detread case with catastrophic injury, it is crucial to consider whether tire age was a factor. If the failed tire was more than 6 years old, it almost certainly was. Potential defendants in these cases include tire shops that passed old tires off as new, service shops that failed to tell owners about aging tires, tire makers that failed to warn about tire aging, and car makers that failed to properly train their authorized service technicians to check tire age.

We hope you’ll never look at browning fruit or your tires the same, and that you’ll be safer and better informed for it.

The McClellan Law Firm is known nationally for our work litigating car crash cases involving auto defects and the negligence of manufacturers, distributors, and retailers that make unsafe tires available to consumers. If you have questions about a recent accident and whether you may have grounds to pursue legal action over tire age, contact our San Diego attorneys for a free consultation.